With this Crane, Tadano broke the record by launching the largest class Rough Terrain Crane ever manufactured in the crane industry in 2013. The crane has a boost a load capacity of 145 tons and comes with 61 meter main boom, the longest length in a single telescoping cylinder.

The models were named after the countries, GR1600XL-2 for North & South American Markets and GR1450EX-2 for the rest of the world.

The model has a 6 step long boom and a jib, detachable counterweights, detachable front and rear outriggers and realistic steering configuration.

(No reviews yet) Write a Review 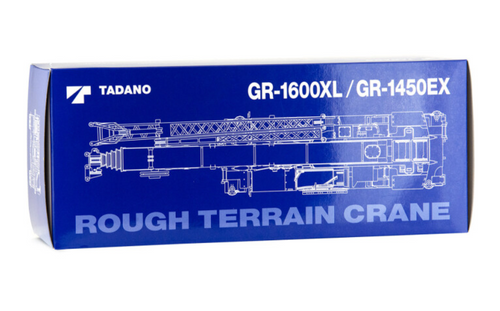